The vision of a revitalised Railway Precinct is another step closer with the City of Victor Harbor revealing the appointment of South Australian business SGP Civil as the successful civil contractor for the Railway Plaza redevelopment.

Known for their significant part in the construction of the State Government’s Northern Connector project, SGP Civil were awarded the Railway Plaza contract after a highly competitive tender process, seeing an exceptional number and quality of tenders for the project.

“SGP Civil are a young and vibrant civil engineering company supporting South Australia’s current infrastructure investment. Council is thrilled to have their civil experience on board and highly value their commitment to community and stakeholder engagement to support our local businesses during the construction process.”

The project is marked to showcase Victor Harbor’s heritage listed buildings and Moreton Bay fig trees within a vibrant, high-use and accessible community space that can transform to host major festivals and events alongside Warland Reserve.

SGP Civil’s Director Scott Maher said that the company is excited to be named as the successful civil contractor and to work alongside the City of Victor Harbor to deliver a successful project.

“SGP Civil is looking forward to working with Council on this significant upgrade to the existing Railway Terrace infrastructure and to expand on the wider Victor Harbor Main Street Precinct upgrades.”

Designed by landscape architecture firm Oxigen, the redevelopment is designed to transition seamlessly from adjoining Mainstreet Precinct Upgrade with construction due to commence early September 2020 and be completed by February 2021.

The Railway Plaza project is part funded by the State Government’s Places for People Grants Program. 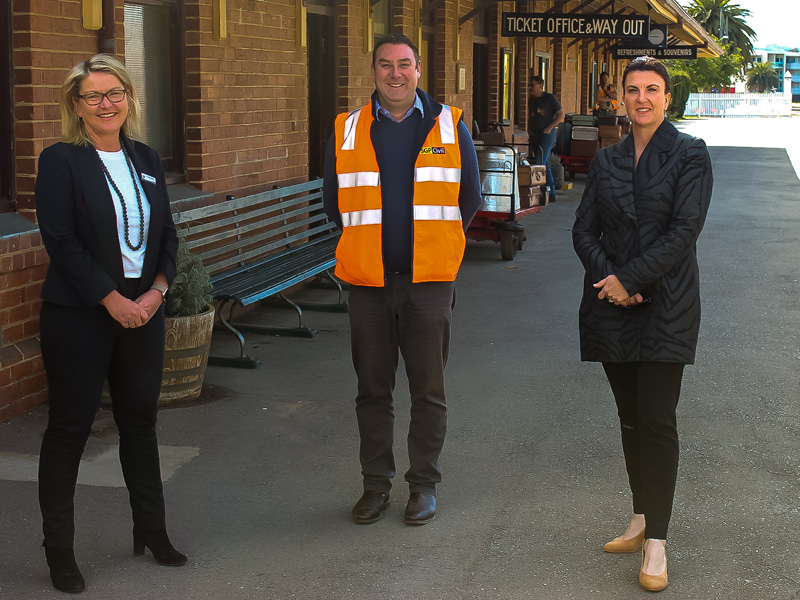